From Aspiration to Action: Shrinking the Malaria Map

Progress in combatting Malaria over the past 15 years represents one of the greatest success stories in the history of public health. The number of children who die from the disease has fallen by more than 50 percent, and the United Nations estimates that 6.2 million lives have been saved by malaria interventions between 2000 and 2015.1 Yet, as many as one billion people are infected with the malaria parasite and nearly 500,000 children still die from this preventable disease each year - the equivalent of one child every minute.2

Today, we have an opportunity to achieve something that was once thought impossible: we can end malaria forever. From Aspiration to Action seeks to spark a serious conversation about what it will take to eradicate Malaria within a generation. Doing so could save an estimated 11 million lives and unlock an estimated $2 trillion in economic benefits.3

Malaria eradication will not rely on the 20th-century model of a large-scale global campaign funded and organized by foreign donors and focused on a single intervention. This document calls for us to change the way we think about the fight against malaria—through new strategies, new tools, and new financing.

A malaria-free world will not happen by accident. An enterprise of this scale and complexity requires deliberate strategic planning and strong regional coordination. To clarify the hard choices and clear commitments required to put the world on the path to eradication, From Aspiration to Action works back from a theoretical end date of 2040. This map—derived from an epidemiological model by the Malaria Atlas Project—illustrates one potential pathway to malaria eradication by 2040.

The Road to Eradication

While no 25-year plan can predict all that may emerge on the path toward global eradication, positive or negative, the following timeline provides a high-level outline of the likely phases to achieving a malaria-free world.

The Road to Eradication

A Renewed Commitment to Eradication

We must sustain momentum from the past 15 years by reducing malaria cases and deaths to the lowest possible levels during these first five years, setting the stage for elimination in many countries. 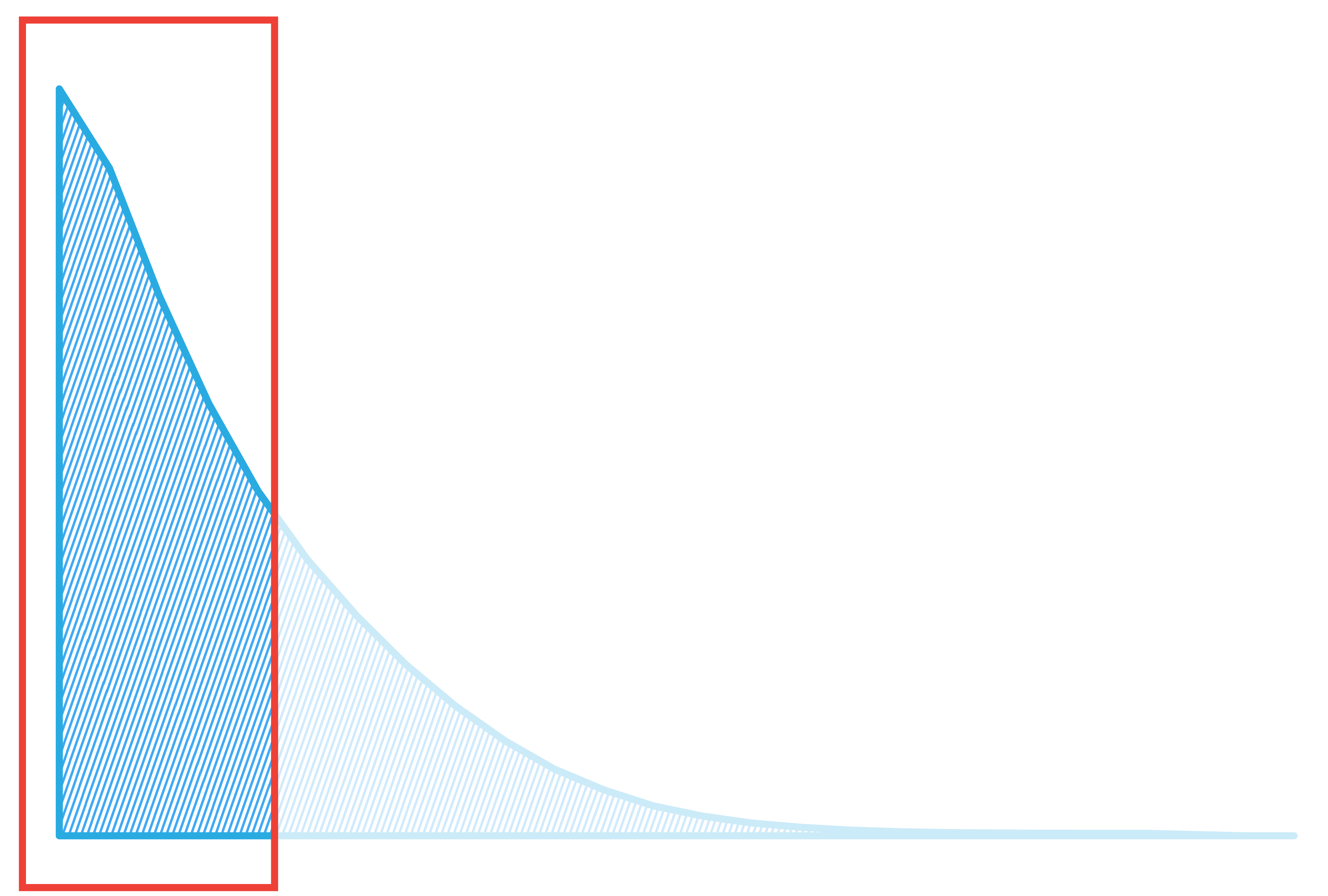 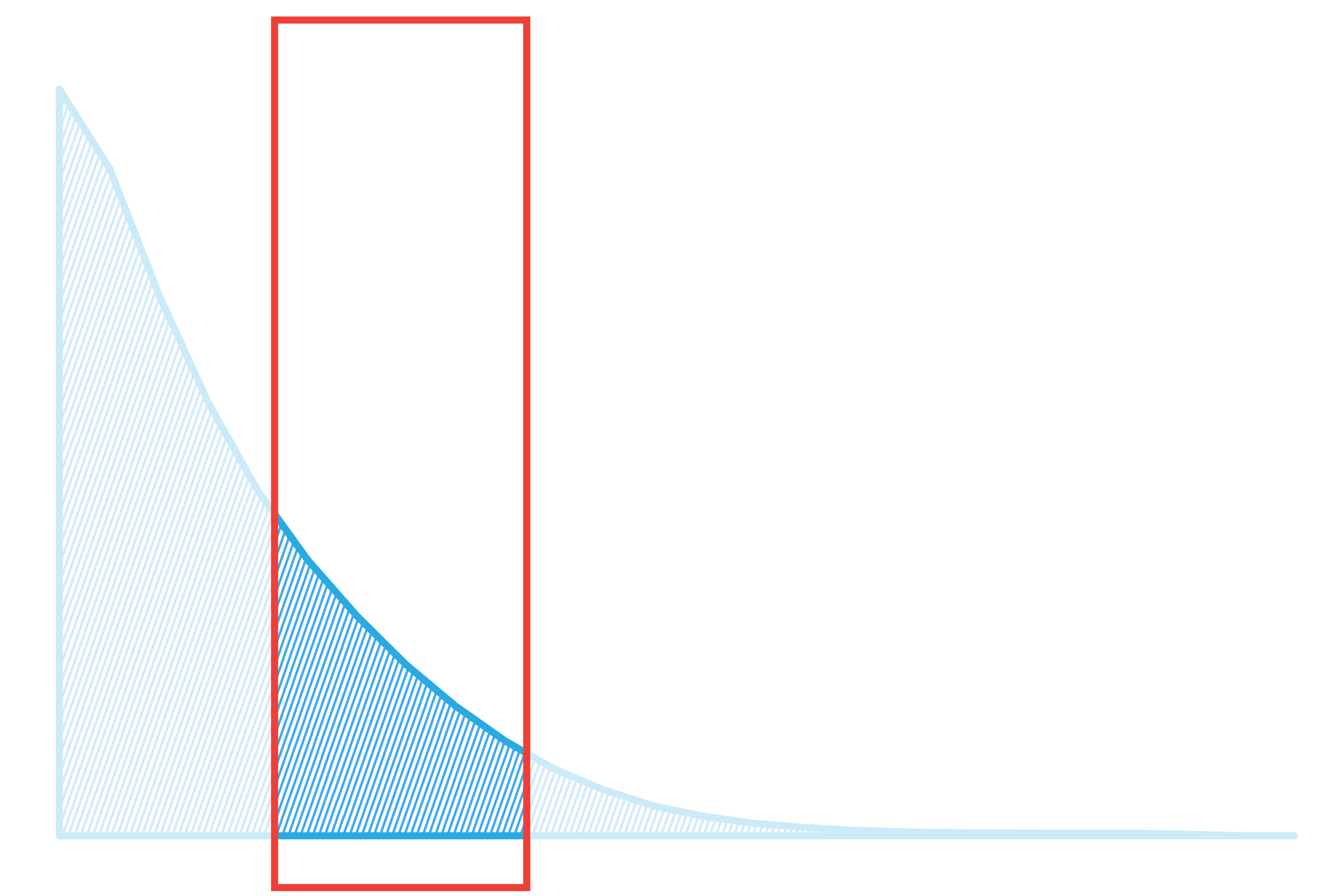 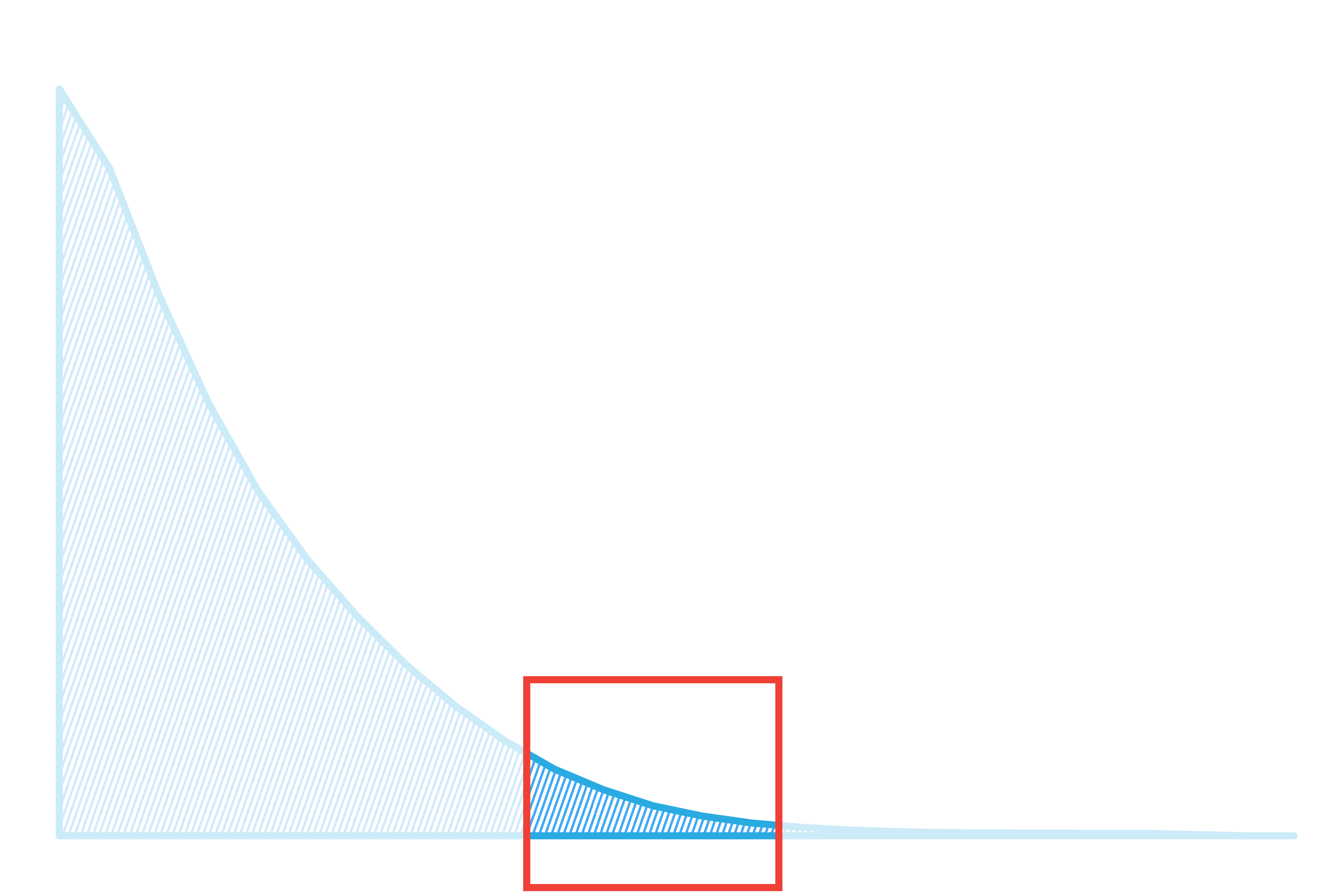 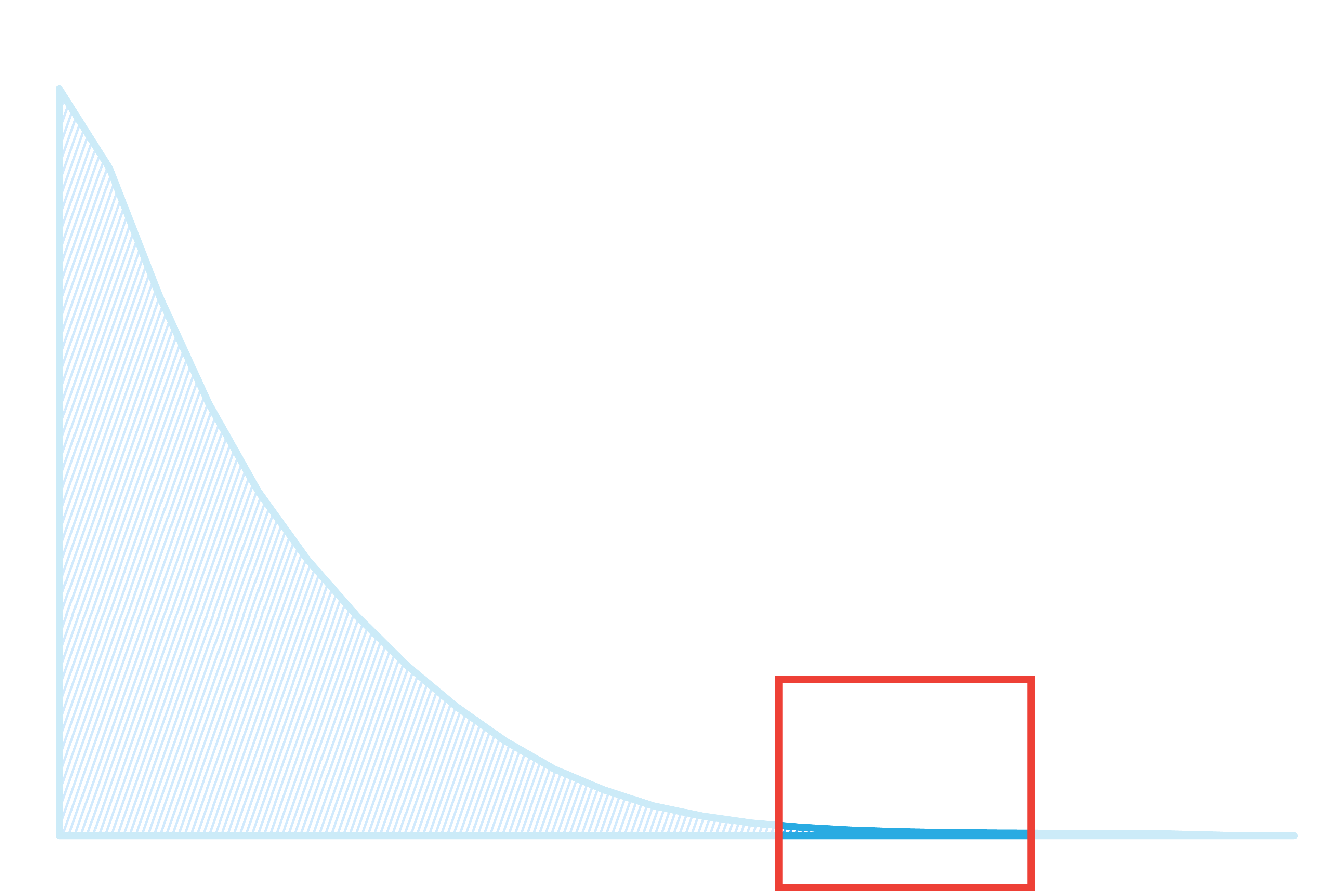 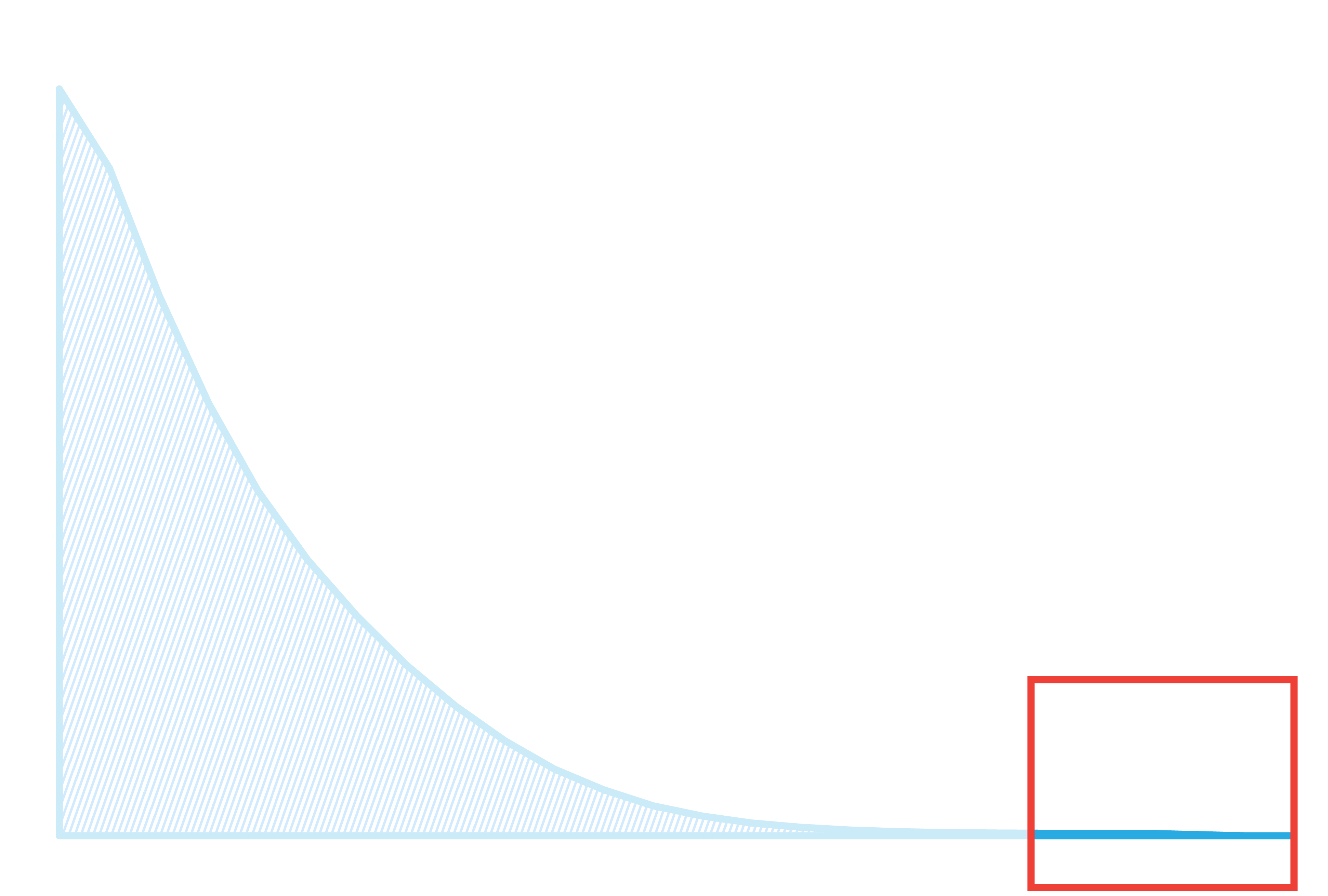 We must sustain momentum from the past 15 years by reducing malaria cases and deaths to the lowest possible levels during these first five years, setting the stage for elimination in many countries. 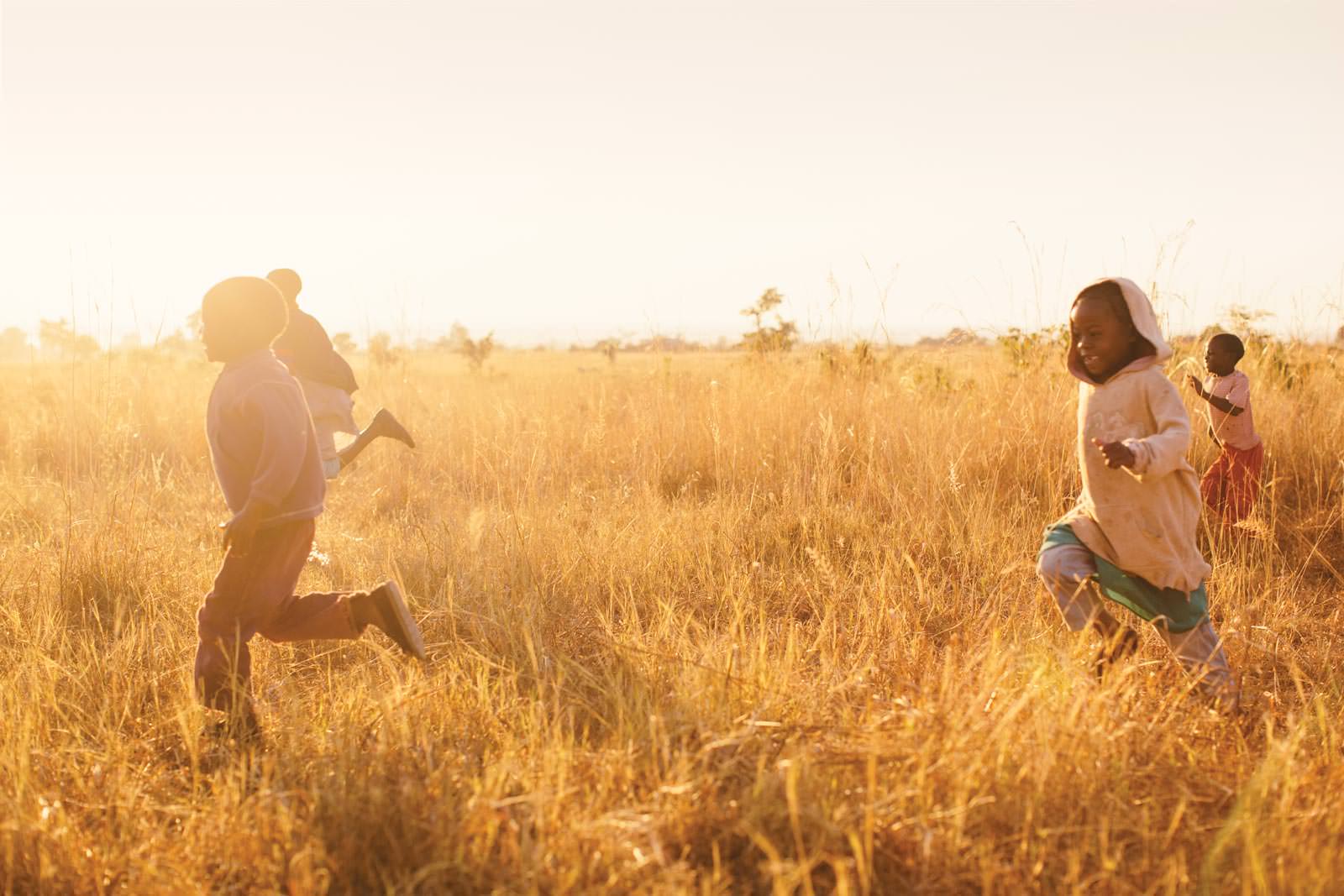 Eradication in the 21st Century

Eradication in the 21st century will adapt to emerging challenges by using data to plan interventions and R&D to stay ahead of drug and insecticide resistance. It will also use operational research to identify the most efficient and effective approaches for deploying new tools and strategies as they become available. Its success will be largely built on a series of successful national and sub-regional elimination programs, driving global eradication from the bottom up.

To accelerate the pace of malaria elimination, we must apply new strategies that reach and cure both symptomatic and asymptomatic cases.

Make Surveillance
the Backbone of Elimination

Effective parasite detection and surveillance are essential to elimination. A new understanding of parasite mobility is transforming how we track and combat malaria. Combining parasite positivity data with human census data and mobile phone call data records (CDRs) produces a map of parasite mobility within and between borders. Applied to regional blocks like Southern Africa (shown here), this enables malaria interventions to be coordinated for maximum impact and efficiency. 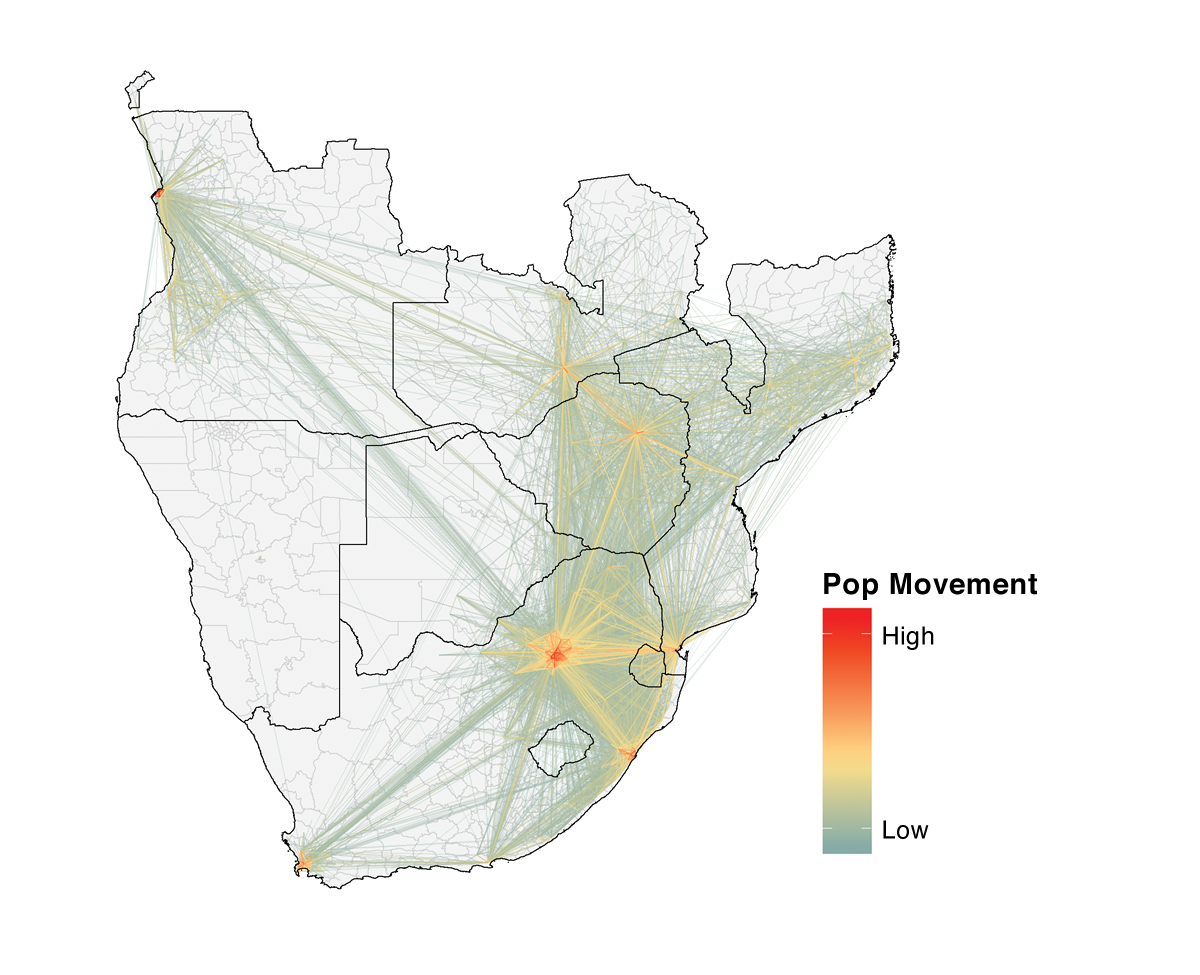 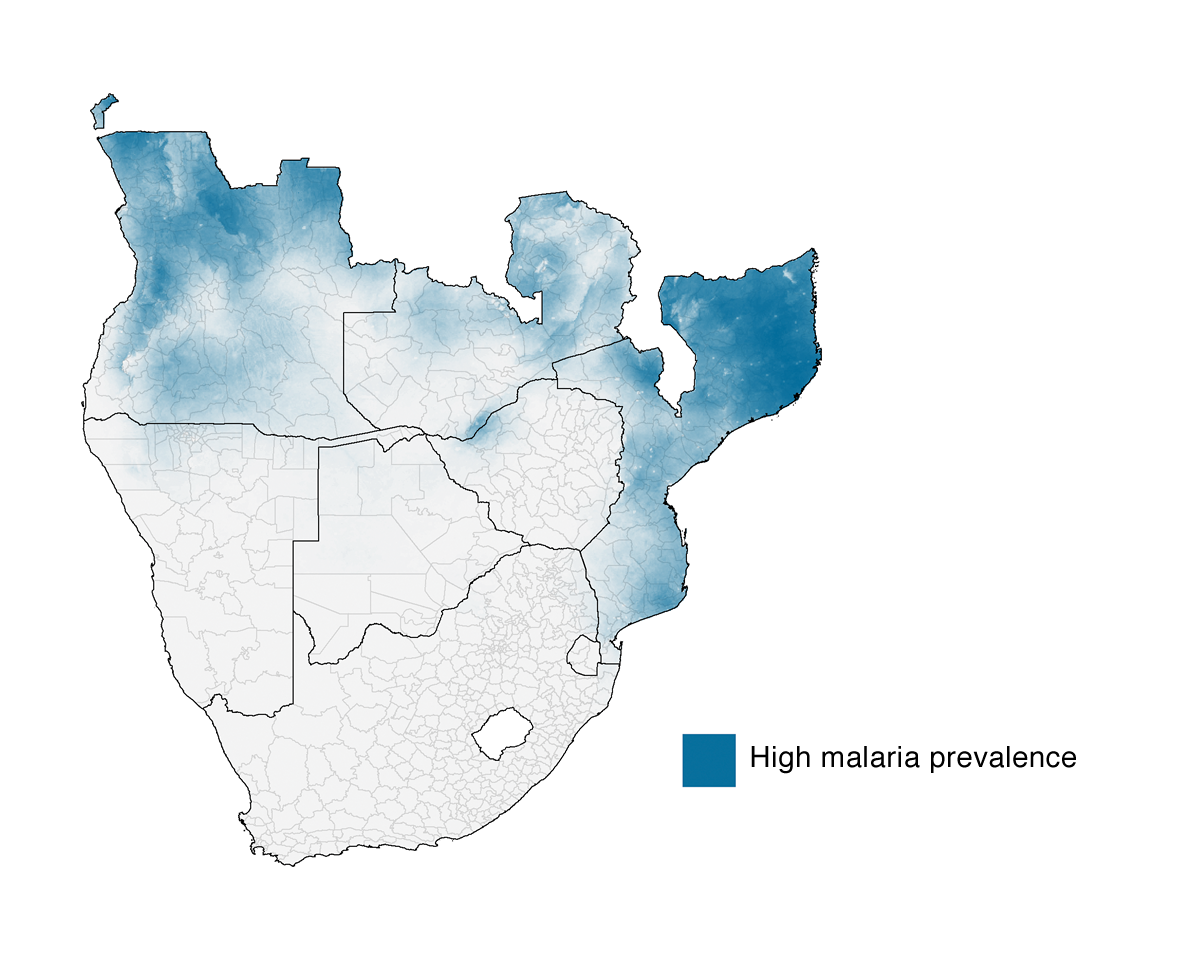 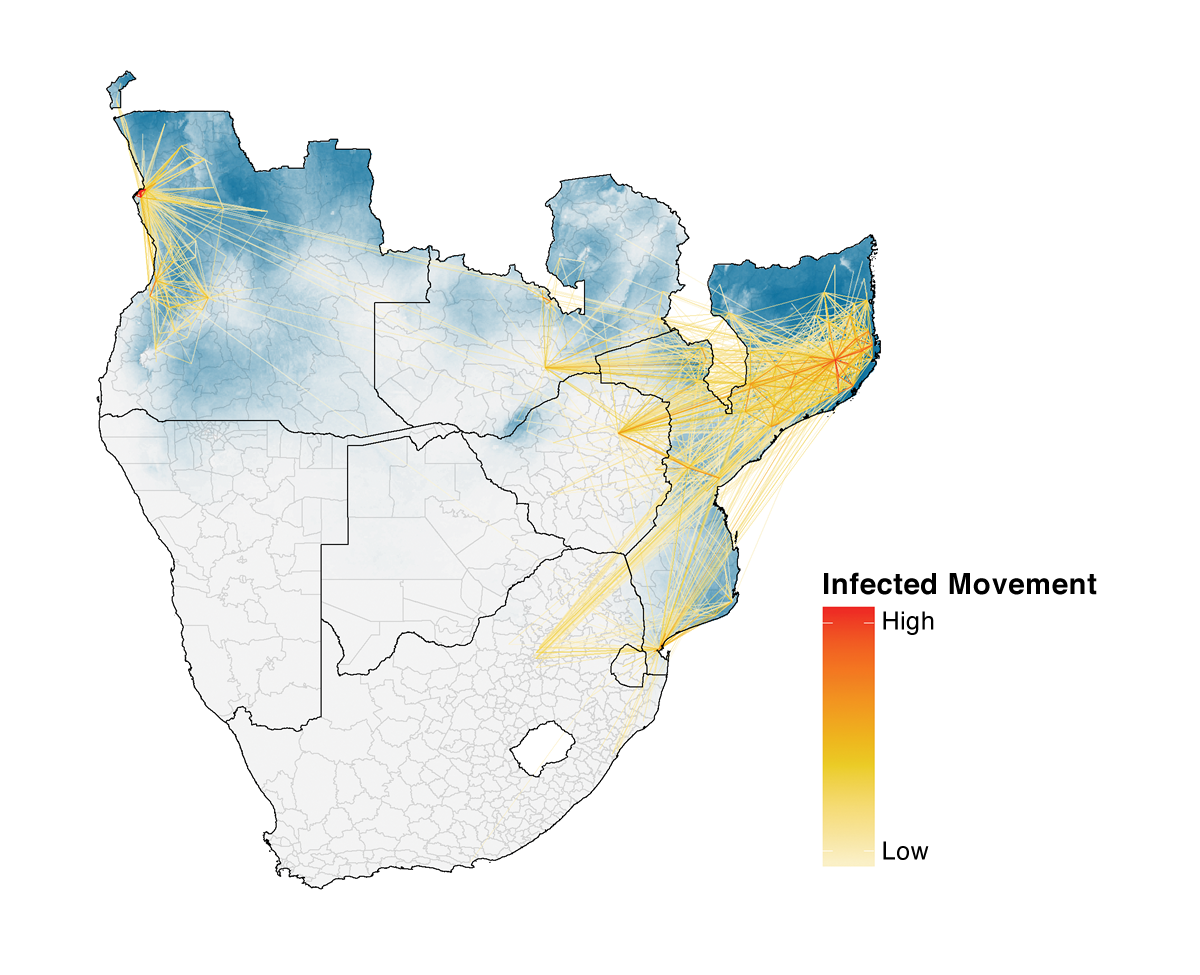 The product development pipeline for malaria has never been stronger, with promising new tools that will revolutionize how we detect, treat and prevent malaria. The table that follows provides a summary of transformative tools that could be available in the near future. We can accelerate eradication by increasing investment in R&D and clearing regulatory and market hurdles to the rapid deployment of new tools.

Between 2000 & 2013, annual global investment in malaria grew 2,000 percent—from $130 million to $2.7 billion per year. To put the world on the path to eradication, malaria funding will need to double between 2015 and 2025. Global overseas development assistance (ODA) alone, however, is not anticipated to grow at rates that will meet the cost requirements of malaria eradication. Therefore, affected country and regional financing will have to increase significantly to achieve the ambitious elimination targets being set by countries and regions.

Any costing of a 25-year eradication effort is speculative and involves uncertainties that increase over time. Nonetheless, initial modeling suggests that the costs of eradicating malaria could be $90–$120 billion between 2015 and 2040. This compares to an estimated $2 trillion in economic benefits between 2015 and 2040 from productivity gains and health savings.

Eradication Costs and Sources of Financing

As countries aggressively expand control efforts and introduce new strategies and tools to pursue elimination, malaria funding will need to double between 2015 and 2025, when annual costs peak at over $6 billion. Costs are then expected to decline after 2025, as clusters of countries (and eventually entire regions) achieve elimination.

Specific approaches to financing malaria elimination will vary by region. In the Americas and the Asia-Pacific region, funding will need to be mobilized principally through domestic and regional financing. In many African countries, it is likely that official development assistance (ODA) will continue to play an important role even as domestic and regional contributions increase.

Everyone has the right to live in a malaria-free world.

We can deliver on that aspiration if we take action now to make it a reality.